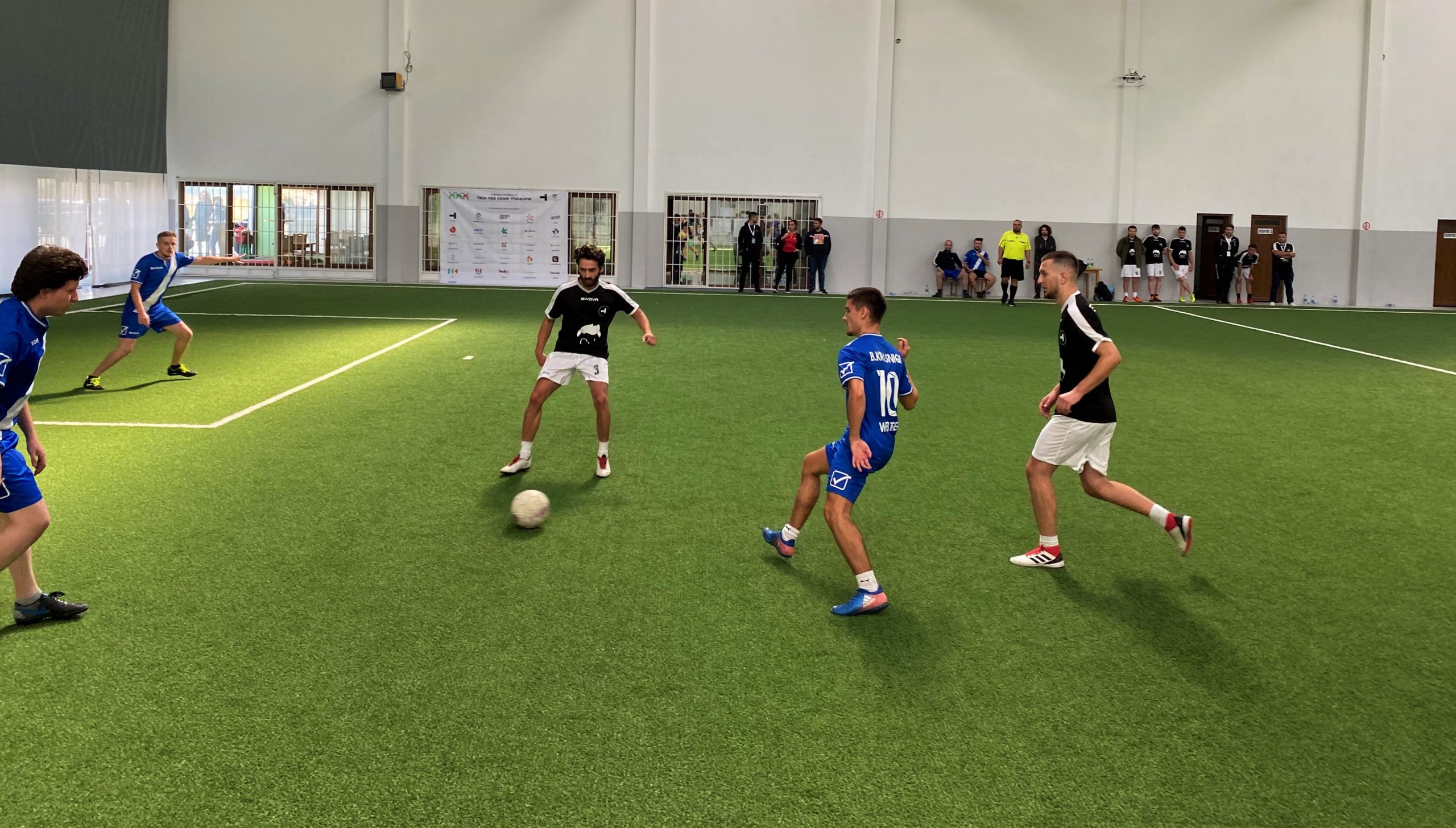 We should not forget the good things that happen every day!
Take, for example, the companies who have gathered with TENTON and Sunny Hill Tech, to support children and adults with Down Syndrome in a variety of important ways.

Tech companies usually are known as many people who get things done, things like coding, numbers, marketing, creating, and building new things. There are pretty little cases when these tech companies members are known as people that create emotional relations with others.
Not anymore!

TENTON, last year, worked with Zombie Soup to help kids under the autism spectrum by inviting tech companies in Kosovo to come together in a football tournament and support this initiative in various forms through donation and participation. This initiative managed to collect a total of 6,360.00€, which were donated to the “Autism” association.

This year, is the second year, that TENTON put together the passion for football and humanity’s love in one place. Together with Sunny Hill Tech, started the fundraising initiative called “Tech for Down Syndrome” by organizing another football tournament.

We want to thank all the companies that did not hesitate to be part of this initiative:
Sunny Hill Tech, Zombie Soup, Starlabs, Apper, UCX Kosova, Kutia, Link plus, Kode Labs, Frakton, Rubik, Webster, Smartbits, Vianova Health, Fitonomy, Gjirafa, Autoshkolla, KFC Kosova, FedEx, Chameleon Print, and Deinde. Thanks to these companies for making this initiative possible and helping children and adults with Down Syndrome by donating a total that until today has reached a total of 5,500 €.

This tournament started on the 10th of October; two games were already played. On the link below, you can track the scores of each played game
https://challonge.com/techfordownsyndrome

TENTON and SunnyHill Tech have managed to gather these big tech companies for a big social cause. Children and adults with Down syndrome face many difficulties, and we wanted to raise awareness of them.
We feel happy to see that people are vulnerable to join in such events not only to help financially, but in any other possible way, and at the same time, they make these events enjoyable and worthy.

We want to let you know that this tournament will end on the 31st of October, and whoever wants to participate in this initiative by donating is welcome, join with us.